COVINGTON, Ind.—A new storefront just joined the downtown retail community in Covington, Ind. Expect to find an eclectic mix of hand-made gifts, home décor items and repurposed “junktiques” at Myrtle, Maude & Mabel’s, which opened for business last Saturday. “I always wanted a storefront in my hometown and this opportunity fell in my lap,” said Becky Nixon of Covington, who initiated the new store.

Nixon has run a business selling homemade purses, gifts and country-inspired art pieces under the name Myrtle, Maude & Mabel’s since 2007 and, until recently, had a store in Rockville, Ind., with the same name. When Summers Timeless Antiques on the east side of the courthouse square in Covington suddenly closed a few weeks ago, she jumped on the opportunity to rent the building. “I had a long drive to Rockville,” Nixon said.

She invited her sister-in-law, Leslie Nixon, and local artist Debi Rennick to join her in the new venture. “Leslie has helped me do shows and markets for a long time, so I asked her if she wanted to buy some stuff and put it in the store,” Becky Nixon explained.

Though the three women said they like the same style, they all plan to put their own thumbprint on the store. “I will have a little bit of everything, whatever I like,” said Leslie Nixon, who will showcase primitives, purses, watches, jewelry and more under the name ‘chickie in tow.’

“She’s the girlie one of us,” Becky Nixon said about her sister-in-law. “Debi is the artsy one and I’m the funky one.”

For Rennick, an artist who runs her Two Toads Art Studio from home, joining the business means having a place downtown to showcase her work. “If you’re not on the square in Covington it’s pointless,” she said.

Rennick plans to display shadow boxes, mixed-media canvases and other handmade gifts and art pieces, including works by other local artisans. “We don’t want to be placed in the antique niche,” she said. “I see the shop as being ever-evolving. We’re going to bring in some fresh eggs, herbs, maybe produce. You never know what you might find. Candles, local honey and scents will be staples. We’ll have some furniture come in too.”

All three women proclaimed their love for primitives and many of the items for sale will be salvaged junktiques that have been repurposed or embellished. “We don’t throw anything away,” Becky Nixon said. “They call us the ‘chicker pickers’, because sometimes when Leslie and I are driving around we’ll just stop and ask if stuff is for sale, just like they do on TV,” she said, referring to the show American Pickers. Rennick added, “We’re saving the piece and giving it a second chance at life.”

As of last week, brown construction paper still covered the store windows, temporarily hiding the transformation taking place inside. The past few weeks, the women and their helpers have cleaned carpets, scraped wallpaper, painted the walls and put up new signs and shelves. Up until the night before the grand opening, they were busy stocking the store with merchandise.  “Becky’s family has been an immense help in this process,” Rennick said.

Myrtle, Maud and Mabel’s is located on 314 Fourth St., on the east side of the courthouse square in Covington. Regular business hours will be Mon.-Sat. from 10 am-4:30 pm EST.

STORY AND PHOTOS BY LINDA McGURK 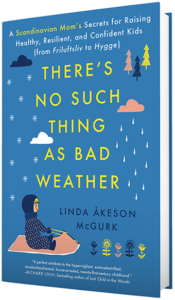